A litigation finance stock market? This law firm plans to launch one

For as little as $100, members of the public can invest in a hemp grower’s federal lawsuit alleging government agencies illegally destroyed at least $1 billion worth of its crop in California.

Investors who financially back Apothio’s case receive crypto tokens on the Avalanche blockchain that could produce returns if the New York City-based Roche Freedman law firm secures a recovery for its client in the litigation.

If motions to dismiss are granted with prejudice, 80{7a5fcad74e69fd0a1026100c5038d51c4a14812d5f844112640eb667c4d02bd8} of the funds raised will be returned to investors. If the case proceeds beyond motions to dismiss, but the conclusion of the litigation does not result in a recovery for the plaintiff, the investors will lose their investments. The language indicating there will be no payback for investors if a litigation recovery is not achieved is known as a nonrecourse provision and is often part of litigation funding arrangements.

Attorney Kyle Roche, a Roche Freedman founding partner, says the goal of the so-called initial litigation offering was to raise $250,000 while testing out a new approach to raising capital in the litigation finance space.

Since its launch in late October, the Apothio ILO has generated more than $370,000 from roughly 150 investors.

“For a first-of-its-kind product offering, it went incredibly well, and I look forward to improving on what we learned from the process,” Roche tells the ABA Journal.

Roche says the positive response from investors, as well as players in the litigation finance industry, has also inspired his firm to move forward with plans to help develop a forum to host multiple initial litigation offerings. The platform, named Ryval, is expected to launch later this year and serve as a “stock market of litigation financing.”

“I think litigation finance would benefit from a real market for opportunities to invest in cases,” Roche says. 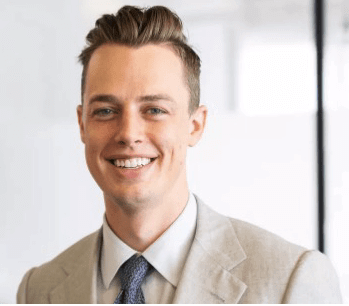 Roche says his firm’s litigation finance initiatives stem from its desires to broaden access to justice and enhance transparency in the industry.

Typically, well-heeled litigation finance firms and sophisticated, accredited investors fund lawsuits via agreements that are not consistently made public.

But the U.S. Securities and Exchange Commission’s Regulation Crowdfunding permits companies to raise funding from nonaccredited investors, and that is the regulation the hemp case offering is utilizing. Up to $5 million can be raised in a 12-month period under Regulation CF.

Roche says the Ryval platform will feature initial litigation offerings covering a variety of practice areas and jurisdictions, with cases outside of the U.S. likely “sooner rather than later” following its launch.

The platform’s website states it will offer access to “a multibillion-dollar investment class previously unavailable to the public” and permit both the buying and selling of tokens that represent shares in litigation.

“It’s a market that should be transparent and should be out in the open,” Roche says.

Roche says he expects the blockchain will continue to be used for investor payouts because it allows the claims administration process “to happen with a click of a button.”

The tokens for the initial ILO can be purchased with U.S. dollars, and one ILO token is the equivalent of one U.S. dollar, according to the Apothio ILO website.

Any investment return will be paid out in a U.S. dollar stablecoin such as USDC, according to the claim participation agreement. USDC is a type of digital asset with a value pegged 1:1 with the U.S. dollar and “is designed to maintain a stable value, unlike other typically volatile cryptocurrencies,” according to coindesk.com.

“Because any ultimate return earned through an ILO will be paid out as a U.S. dollar-backed stablecoin, ILOs will not be subject to general volatility in the cryptomarkets,” Roche says.

Roche says other law firms will also be able to place ILOs for their cases on Ryval, and he believes the platform should help plaintiffs firms streamline how they raise litigation financing and better compete with well-heeled defense firms.

Suneal Bedi, an assistant professor at Indiana University’s Kelley School of Business, says Roche Freedman’s goals of expanding access to capital in the legal world and increasing the transparency of litigation finance are laudable.

But Bedi says litigation is complicated, and questions whether the average consumer will be able to perform the necessary due diligence to determine whether an ILO is a good investment.

“I do worry that people aren’t really going to understand what they’re investing in,” says Bedi, who co-authored a 2020 paper titled “The Shadows of Litigation Finance” that was published in the Vanderbilt Law Review.

Bedi also notes that the blockchain is a technology that many consumers are not familiar with, so he says that element of the planned Ryval platform “adds another layer of complexity that I would be worried about.”

Lee Drucker, a principal at the litigation finance firm Lake Whillans Capital Partners, says he too supports some of the underlying principles behind the concept of initial litigation offerings.

However, Drucker says he would recommend that future initial litigation offerings contain far more information about the cases at issue than the hemp ILO. This case data should include background on why the plaintiff has strong legal claims, as well as information about the underlying laws in play. Drucker’s firm is not planning on investing in ILOs at this time.

“I think it’s really, really hard to make good investments in this space without thoroughly scrubbing the opportunity because there are lots of ways to get wrong-sided here,” Drucker says. “And that’s when you have years of experience, a law degree and all that good stuff to help sort through the issues. It’s that much harder when you don’t have the experience.”

Along those lines, in recent years, some experienced litigation financiers have been left on the hook when high-profile lawyers have defaulted on multimillion-dollar loans.

Meanwhile, Roche defends the amount of information provided for the hemp case litigation offering. He highlights that a link to the Apothio case docket is provided on the site for the offering. This allows investors to review the legal filings of both the plaintiff and the defendant when deciding whether to invest.

Nonetheless, Roche also says he is working with his team to develop ways to provide additional data for cases moving forward. This could include information such as the likelihood of the claims at issue surviving a motion to dismiss and how often a certain type of case results in a profitable settlement.

“Trying to figure out how you can give investors the data that will be the most relevant to making decisions is certainly something that we will be spending a lot of time on this year,” Roche says.

Additionally, Roche says he could envision ILOs featuring a sophisticated litigation finance funder as a lead investor. For example, the lead investor could invest $250,000, and retail investors could buy another $250,000 worth of shares.

“I can look at the fund that’s investing in it and use that as a proxy for the strength of the investment,” Roche says.

As for the hemp case filed in the Eastern District of California in 2020, the defendants’ motions to dismiss are pending.

The government defendants, including the California Department of Fish & Wildlife and Kern County, argue that Apothio’s crops were properly classified as marijuana and therefore contraband under federal law.

As barramundi season gets into full swing, the industry is hooking into fashion and fertiliser to reduce waste